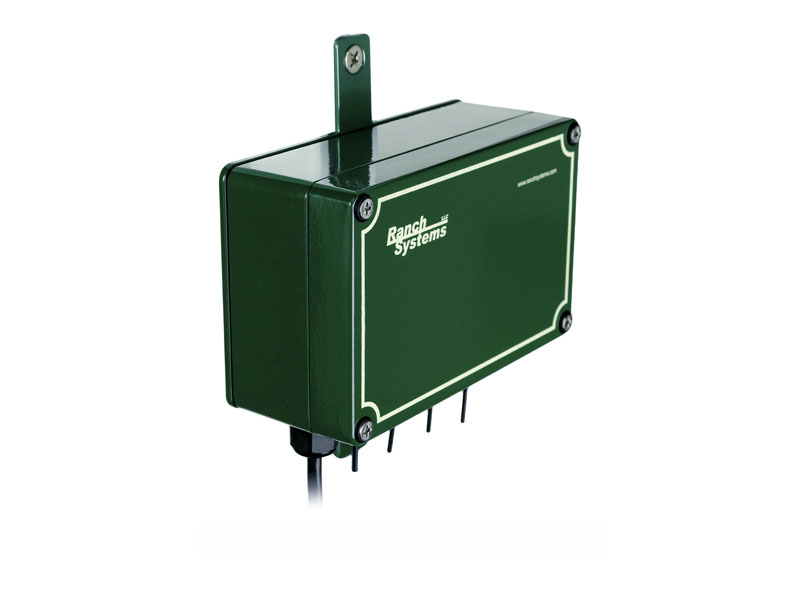 When used for controlling valves, each of the 4 outputs can be configured as either N.O (normally open) or DC latching. N.O. is used to switch existing 24 VAC irrigation currents while DC latching can be used with compatible solenoids to switch valves using the power provided by the RX300 (ultimately from the host RM210 or RS300 unit). Outputs in the N.O. configuration can also be used to switch virtually any other pieces of equipment under low-voltage electrical control, such as pump starting circuits or gate opener input.

When used as a sensor input device the RX300 can be installed close to the sensors sampled – even if 100s of feet removed from host unit. One example would be right above ground level connecting to Watermark sensors. This not only saves greatly on cabling but also increases the accuracy of the measurements since the critical
analog-to-digital conversion is performed in the RX300 while the onwards communication is fully digital.